January  15th, 2023 (Neptune) Late Sunday evening, a juvenile alligator was discovered abandoned in a plastic container in an empty lot in Neptune.

Monmouth County SPCA Animal Control was dispatched after a good Samaritan, Angel Rosario, spotted a storage container left in a lot next to his home on Bangs Avenue. Upon investigation, it was confirmed that a 3-foot-long, juvenile alligator was left in a plastic tub late Sunday night in below-freezing temperatures. The young alligator was brought back to the shelter and given a clean tank that allowed proper air circulation and is being kept in a climate-controlled area. The alligator will be transferred to the New Jersey Division of Fish and Wildlife shortly.

Executive Director of the MCSPCA, Ross Licitra states, “It is illegal for New Jersey residents to keep alligators or caimans, which are considered potentially dangerous exotic species. Not only is it a danger to the public, but these animals, when kept in captivity, need very specific care that only professionals can provide.” The MCSPCA Humane Law Enforcement Division is seeking any information about who may have abandoned the gator. If you have any information about the owner of this alligator, please contact MCSPCA Humane Law Enforcement Chief Mike Goldfarb at 732-440-1539, calls may remain anonymous.

January  19th, 2023 (Eatontown) Earlier this week, a juvenile alligator was discovered supposedly abandoned in an empty lot in Neptune. The Monmouth County SPCA requested any known information from the public to assist in finding the owner(s) of the illegal species.

Thanks to anonymous tips and help from various sources, Savion Mendez of East Orange, and the alleged finder Angel Rosario of Asbury Park, were identified as the main persons of interest. According to MCSPCA Humane Law Enforcement, Mendez purchased the juvenile gator at a reptile expo in Pennsylvania and was keeping him in a 150 gallon tank at his residence in East Orange. When Mendez was evicted from his East Orange residence, he moved with the alligator to the Twinbrook Apartment Complex in Ocean Township, where he and his new roommates are also now facing eviction. Being an acquaintance of Mendez, Angel Rosario offered to take the alligator that was then transported by Mendez to Rosario’s Neptune residence. When Rosario’s parents refused to allow him to keep the 3-foot-long reptile, they collectively staged the abandonment and called the police posing as good Samaritans. We know now that at no point surrounding these circumstances was the alligator left in a dangerous or life-threatening situation.

Savion Mendez will have regulatory charges brought forth by the NJ Department of Fish & Wildlife for the violation of keeping a prohibited and dangerous exotic species. Angel Rosario, along with his parents, are facing charges of falsifying a police report. As for the juvenile gator, he has been transferred to the care of the Cape May Zoo.

MCSPCA Executive Director, Ross Licitra says, “We’d like to thank our Humane Law Enforcement Division who works in conjunction with the Monmouth County Prosecutor’s Office, for investigating this case promptly and professionally. We’re also grateful for the assistance of the public, who gave us key information bringing us to the conclusion of this case.” 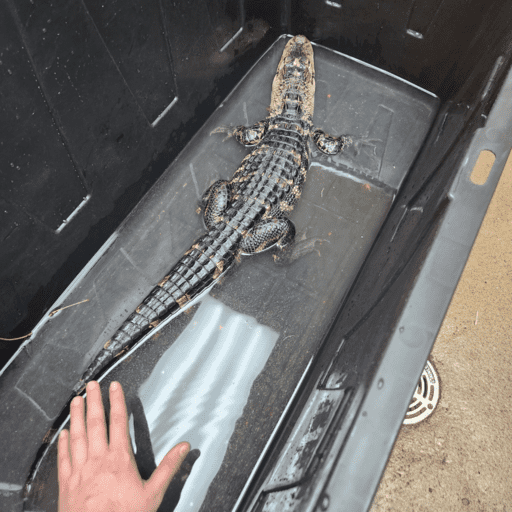 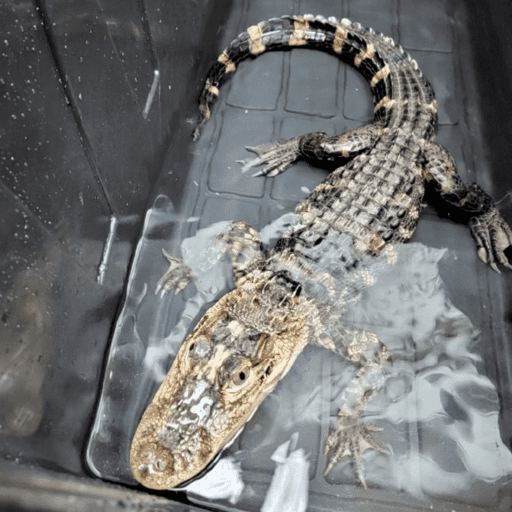